Investor special. Cash or Hard money only. Home needs lots of work including electrical and either baseboard heat or mini splits added. Lots of sq ft lots of potential, l...

Excellent investment opportunity to own this spacious 5 bedrooms / 3 bath home located just 1 block from the UNC Campus! This charming 1911 bungalow is loaded with space ...

Wonderful investment opportunity! This property has so much potential. The house is currently tenant occupied, on a month to month lease. The two units in the back are cu...

Mountain living at it's best with close proximity to the Town of Lyons. Wonderful setting located within a stones throw of the St. Vrain River. Enjoy sitting on the front...

This beautiful home has tons of character and potential. It is on a corner lot with plenty of garden space, a drive through driveway, a cottage and you can hear the strea...

Unique HUGE two-parcel 6 Bedroom property (Investor Opportunity) is in the Up-and-Coming Neighborhood with convenient access to I70, I25, walking distance to light rail, ...

This beautifully remodeled 2-story Victorian period home is move-in ready. The upstairs could easily second as a mother-in-law's apartment with its own street-front entra...

What a unique 9.54-acre treed property in Black Forest with beautiful combination of ponderosa pine, spruce, aspen and meadow. There is history here! The house was buil...

WELCOME HOME! This Stunning Italian Victorian home located in the Historic Old North End neighborhood is move-in ready, just waiting for you to make it yours! Outstanding...

This is an incredible oportunity to own the entire corner of W 4th and Garfield, the location of the iconic Hob Nob restaurant. For sale is 205/207 W 4th st combined wit...

Own a piece of Eaton history! This 5 bed 3 bath, 1894 built Victorian style home has been meticulously maintained and cared for. The home sits on a 1/3 acre intown lot, i...

Beautifully updated 2 Story Gem in the Cole Neighborhood! This immaculate home features 4 Bedrooms/4 Bathrooms and has been renovated down to the studs and finished with ...

Rarely do you find a home that matches the charm of the town it's located in; welcome to 429 Locust Street. Sitting on nearly half an acre, double lot in Old Town Windsor...

A Multi- generational home or a perfect place to live and have your mortgage paid for with Airbnb on second home! Great Income Opportunity in the heart of Loveland! 2 hom...

House is sold as is.Seller will not make any repairs. In good condition recently remodeled, new flooring, paint, within 1 year.Do not disturb tenants, lease ends 12-31-21...

Spacious Denver Square - over 3000 finished SF with back and side yard * 4 bedrooms, 3 baths, 1 garage, off-street RV or 7 car parking with access from the back alley * F...

Spacious Denver Square - over 3000 finished SF with back and side yard * 4 bedrooms, 3 baths, 1 garage, off-street RV or 7 car parking with access from the back alley * F...

RARE OPPORTUNITY Home has been in same family for over 50 years! Established area, pride of ownership evident. This amazing historic home is a MUST SEE! Built in 1895, ...

RARE OPPORTUNITY Home has been in same family for over 50 years! Established area, pride of ownership evident. This amazing historic home is a MUST SEE! Built in 1895, th...

Cute and quaint , 2 stories farm house. Fixer upper, but good bones. Make it yours, with your creativity and ideas. Property is located on the corner of Colorado BLVD, (...

Get ready to experience urban living at its best! Enjoy this perfectly located classic Victorian updated home with incredible timeless architecture. Take in every detail ...

COMPLETELY REMODELED AND UPDATED! This is your chance to own a 100+ year old home that has all the upgrades of a new house! Built in 1914, in the sought after Berkeley ne...

Beautiful Edwardian Victorian home in the heart of the sought after Sheridan neighborhood. Built in 1906, the 3 bed and 3 bath Roman House has maintained its charm for o...

The perfect location does exist! Situated between historic Old South Pearl and Washington Park, this Platt Park bungalow checks every box! With 3 full bedrooms and 3 bath...

This beautiful 5 bedroom, 3 bathroom home in the highly desirable Highland's neighborhood will take your breath away. Everything has been chosen with thought and care, fr...

Absolutely stunning fully renovated home in Capitol Hill, Denver's most historic, diverse and eclectic neighborhood. If you've been looking at a lot of houses, this one ...

Time to come home to this classic updated and remolded home in heart of Denver! Enjoy an open floor plan, with a fireplace for those cold Colorado nights. The kitchen us...

Here is your rare opportunity to own an historic Victorian home in the heart of Baker. Gorgeous original moldings, soaring 12-foot ceilings and a secret closet with origi...

Come see this beautiful income-generating Victorian property in Denver! Separate entrance to each unit. Entire home is 6 beds and 3 baths. The main unit is 4 beds with 2 ...

This 2.27-acre property is a rare throwback to an earlier time: a home w/ an in-town location, paired w/ a large shop, on acreage w/ abundant space for horses, gardens & ...

This 2.27-acre property is a rare throwback to an earlier time: a home w/ an in-town location, paired w/ a large shop, on acreage w/ abundant space for horses, gardens & ...

You're not going to want to miss this gem in Platt Park! Four blocks from Sushi Den and all that Old South Pearl has to offer, one block from Platt Park and less than a m...

Own a piece of history at this 1892 Victorian Uptown beauty! Impressive curb appeal is provided by the double lot, cast-iron and brick fences, sprawling front porch & orn...

Be the proud owner of this iconic Denver property! Enter the magnificent iron gates to be greeted by an enclosed porch leading to the main entertaining areas. As you ...

Have you dreamed of living in a historic home on one of Denver's most iconic streets near all the action? Welcome home to this stunning residence which has both old world...

Gorgeous two-story Victorian home with ADU in West Wash Park surrounded by coffee shops, restaurants and shopping has been tastefully remodeled from top to bottom and tho...

This home is truly one of a kind! A charming historic property built in 1886, modernized and converted into a unique “loft-like” home melding character with convenience. ...

What an amazing charming 1889 Victorian 5 plex. The woodwork throughout the home is stunning, original and historical. There are three beautiful vintage fireplaces. This ...

SPECTUCULAR 60 ACRES WITH 2 HOMES AND EVERYTHING YOU WILL NEED FOR A WORKING RANCH IN THE HEART OF KIOWA * 42x42 Pull-through Pole barn with concrete floor/electricity a...

Classically poised amongst verdant landscaping in Congress Park is a character-laden oasis brimming with showstopping details at every turn. A formal entryway introduces ...

Incredibly well maintained family home on the Hill. Great investment property that can be updated as the structural and mechanical components have been upgraded and maint...

ABSOLUTE STUNNER! This one will take your breath away! * This home has it all! * From the moment you enter the storybook foyer with gracious Oak staircase, you will fall ...

The real estate listing information and related content displayed on this site is provided exclusively for consumers' personal, non-commercial use and may not be used for any purpose other than to identify prospective properties consumers may be interested in purchasing. This information and related content is deemed reliable but is not guaranteed accurate by the Pikes Peak REALTOR® Services Corp. 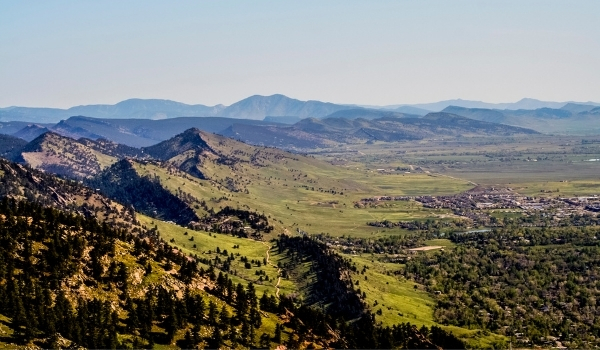 Bungalows are traditionally one or one-and-a-half-story dwellings of horizontal orientation that combine style with simplicity and sound construction with affordability. The bungalow boom took off around the turn of the century when the burgeoning West brought notions of American independence, health, respectability, and importantly, a prevalent architectural style apart from the aristocracy.

The Geogrian style celebrates symmetry, proportion, and balance. Mathematical ratios were used to designate windows, and classical modes of architecture were referenced through decorative touches from ancient Greece and Rome. Red brick walls, white trim and portico entrances are among the Georgian style’s distinctive features. 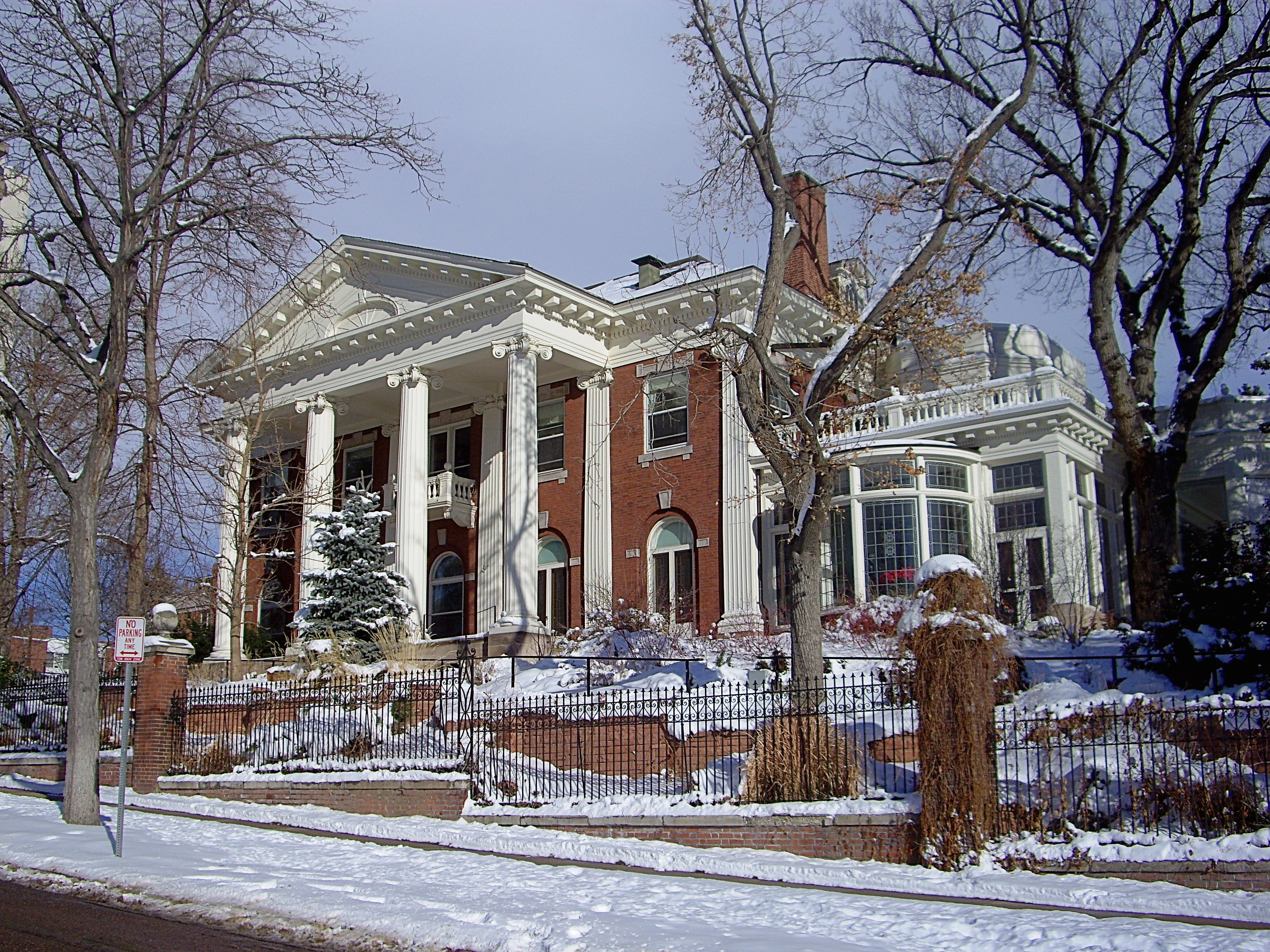 The American Foursquare style is as boxy and spacious as its name suggests, featuring the Prairie architecture of Frank Lloyd Wright. This type of home will likely feature a simple box structure, two-and-a-half stories, a low-hipped roof, full-width porch, dormer, and for exterior materials—brick, stone, stucco, concrete, or wood siding.

The Dutch Colonial style evolved into a linear floor plan as original single-room homes expanded outward via additions on either end (with chimneys typically taking up residence on one end or the other). Features include a broad gambrel roof reminiscent of a barn, double-hung sash windows with outward opening wood encasements, and a central horizontally divided doorway. 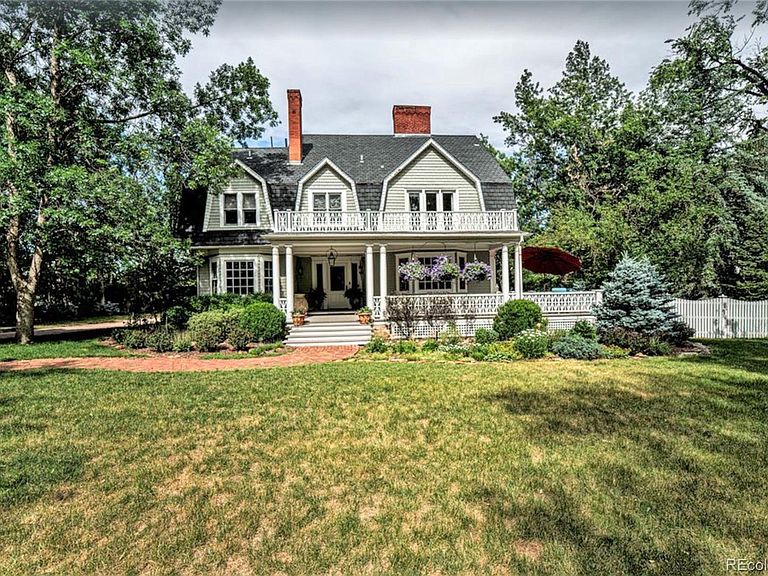 The Tudor style offers oriel windows—a bay window that emanates from the façade of the building is supported by brackets and does not touch the ground—paired strikingly together with the famous Tudor arch, a flattened pointed arch drawn from four centers and revising its predecessor, the steeply-pitched Gothic arch. 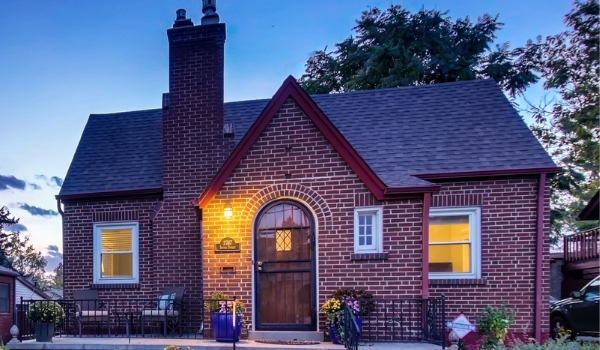 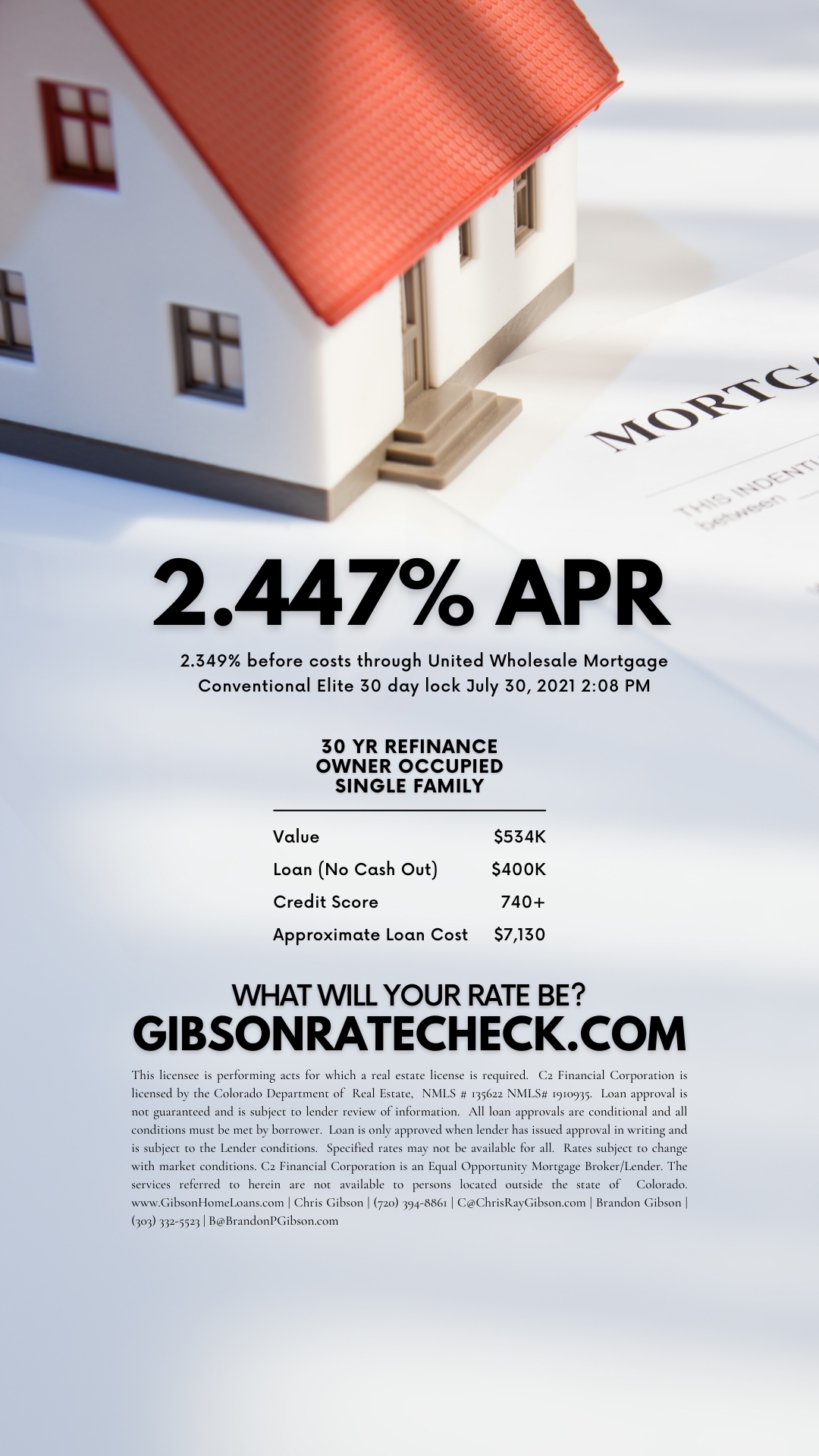 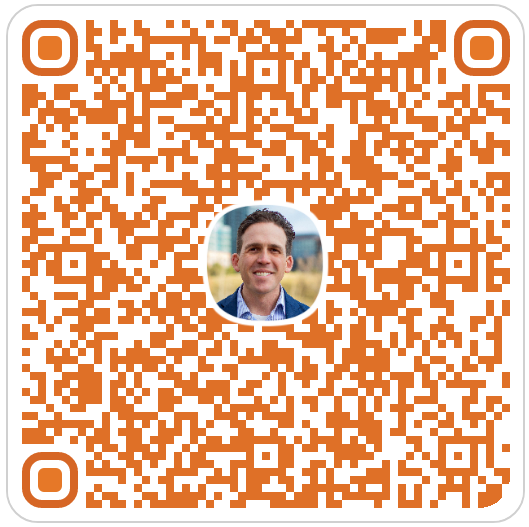